Letter From Paris in March

Notes from this side of the Seine:

Dear ones, Winter was “icumin in, laude sing goddam.” Well it did. And hence,  a quiet winter season where one wanted to hide, mostly, and think of nothing. Except perhaps a solarized and pewter river. Or the sound of bronchitis. Everyone I know in Paris was bundled and fevered and hiding from the pewter skies, if they could. If not, the street held them in icy hands.

Those who had nowhere at all to battle winter became the ever tragic silhouettes of the streets.

And as ever… little boys wanted to be bigger boys.

And steps led up and down the chill…to winter dreaming of when, if ever, our dreams might turn warm, our poetry matter…

Elsewhere in the city,  it was Sunday, the Seine was a quiet dragon, I was thinking,  the statuary of lions pacing, and the last breaths of the collective human armor, more fragile than ever, nakedness of soul, more obvious just below the river’s yellowed shimmer.

Occasionally, I headed to my favorite park, the Luxembourg, once endowed for art and culture by the Medicis. (Interesting tidbit: Queen Catherine de Medici was once known as Madame Snake, and whilst a patron of the cooking and balletic arts, and married to French Henri II, she was also one of the most Machiavellian of rulers. A friend recently posed the question, in this time of multi and dire male dictators, were there as many such women? Catherine was an obvious example. She did have a propensity for poison. But, she had money. And the artichoke, which she brought to France, and the ballet—all benefited.)

The later de Medici, Marie, made a treasure of the Luxembourg gardens and its palace. 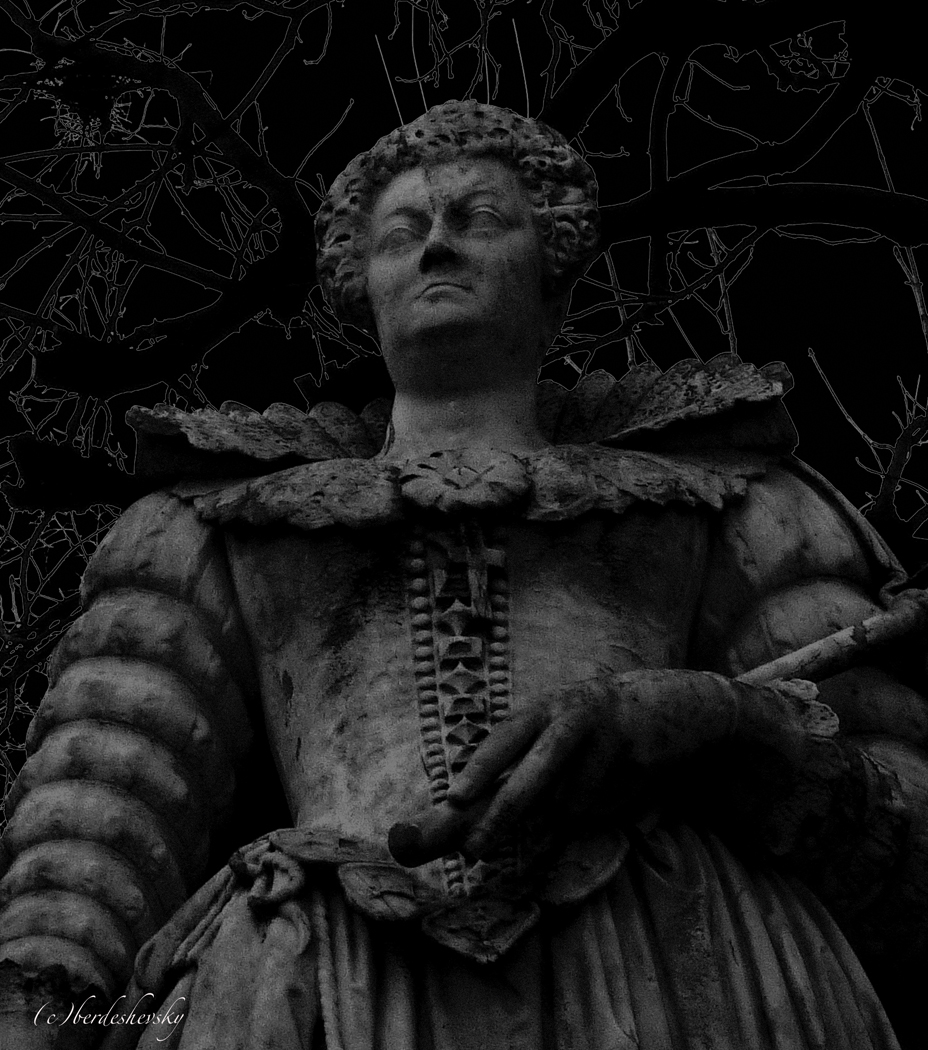 And so, for me, this winter…back to the Luxembourg gardens…Stark with the season’s silence, the statues danced, almost in defiance of the cold. Statues, empty green old-lady  chairs, the near nakedness… and the wind was rising against a slate sky, and I stopped in front of the park fence. I remembered a year earlier, seeing a display on the tall iron fence that surrounds the park—which had grabbed me like necessary hands. Now, I remembered it. In defiance of the weather and my mood. In honor, in my way, of the revolutions that are all around us, now. In thought, in heart, and in memory.

The photos I was remembering from last year were these: huge weatherproofed photographs of Viet Nam’s “river of new dragons,” (that’s what was written on the fence, and I was again arrested by the coincidence of that and my own river-crossing thoughts) … Under the very first, a photograph of a sleeping mother and son, adrift on the muddy river, dead or alive, one wasn’t quite sure…and below the image, I read this poem by one of Vietnam’s most renowned poets, Lam Thi My Da. “Hoa Lu” was the name of the ancient capital. And with a poet’s whisper, I remembered that “Hoa Loa” was the name of that once infamous and longtime prison, the Hanoi Hilton.

“If one day I melt into the moonlight

oh my child, transform yourself into a rice field …

If one day, I change myself into a prairie

oh my love, be a little calf …

If one day, I dissolve into a river

oh, my darling, become the light …

If one day, I change into a sail

oh, my child, transform yourself into the wind …”

Throughout this hard winter, so many fighting and dreaming people around the world believing “if I were….” As the winter and the thought of transformation stayed with me, so did this poem.

And still without regrets… was dear Edith Piaf overseeing us, yet and still? I dared hope the answer to be yes.