Poetry International, in collaboration with 3:AM Magazine, is pleased to showcase a group of amazing young European poets. Steven Fowler, the Editor of the Maintenant Interview Series, began this project in January 2010 as a result of experiencing the differing, and inspirational, attitudes of European poetic cultures and how they contrasted to the UK. He said “I really thought it was a shame that poets from outside of the English language in Europe were never recognised until they had reached middle age and a certain ‘prominence’ in their own countries. I also wanted to present a truly representative sense of what poetry is for different traditions and methodologies, from the most traditional to the most avant garde.”

An interview with Charles Simic by SJ Fowler.

What more can be asked of a poet than that they maintain their own sense of integrity towards what they deem poetic? It follows then if the poet who does maintain a writing life of such commitment is a thinker of originality and insight, and that they maintain this commitment across a lifetime, then their work will have a life far beyond them. All the more so if they do so with an affability that belies their skill, and a determination that proves them to be enduring and oblivious to all that might come before the actual poetry itself. For a lifetime of writing, Charles Simic has been one of world’s most engaging and singular poets. He has exerted such an influence over so many and for so long, he has almost come to define an era. His voice is sure, utterly recognisable, both profound and humble, both grounded and flighted, both incisive and witty – he has straddled labels and definitions, as he has the continents of North America and Europe. Never has his own work been occluded by his translations but his lifetime of service to European poetry has fundamentally shaped the perception of Serbian, and Balkan, poetry in the English speaking world at large. He is an immense presence in US poetry and inarguably one of the most important poets of the late 20th century. For edition 90 of the Maintenant series, Charles Simic. 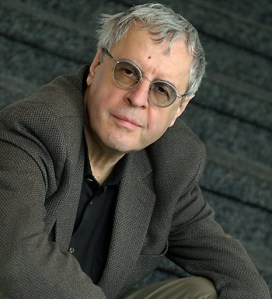 3:AM: It seems you have often been asked to recount a sense of your identity through your nationality, and its dualism between your life in America and your childhood in Serbia. Inevitably, this question of nationality may be somewhat irrelevant, it simply is, but its invocation does involve a consistent calling back to your youth, and those experiences which have shaped your life. Do you feel that poetry has been a necessary medium for you? in which you have explored your nationality as a Serb, and your experiences in Belgrade as a child?

Charles Simic: It has been a necessary medium, but writing it and always in English was not a deliberate decision. It just happened that way. Inevitably, over the years I wrote many poems about my childhood, but
nothing ever about being a Serb. Like my parents, I thought of myself as a Yugoslav, told everybody I was one for many years when they inquired, and only after 1990, when all the awful things were happening there and people wanted to know to what ethnic group I belonged, told them to their shock and disappointment that I’m a Serb.

3:AM: How has your relationship with Serbia shifted in the years since your departure over 60 years ago? You visited in the 70s and 80s I believe, have you visited often since the end of Balkan conflicts a decade ago?

CS: I have returned to Serbia only four times. In 1972, 1982, 2006 and last May, nevertheless I stayed in touch because I kept translating Serbian poetry (as well as everybody else’s in former Yugoslavia), and got to know a number of poets really well, but I saw them mostly in Europe or United States.

Once the carnage started in 1990, I began to write for opposition papers in Serbia and in papers abroad about Milosevic and Serbian nationalism and did so on fairly regular bases until he was overthrown and since then less frequently. Many Serbs are still pissed off about things I said about
them, but this stormy relationship nevertheless drew me closer to them.

3:AM: You have offered a great service to poetry by bringing Vasko Popa, Aleksandar Ristovic, Ivan Lalić, Tomaž Šalamun, Radmila Lazic and many others into English, and to shine a light on poets who have, in many cases, become a fundamental part of European poetry and its history. Did the work of these poets issue a sense a responsibility onto you, or did you, and do you, seek out new work, to engage yourself with the language in question, Serbian especially?

CS: When I read a poem I love, I have to translate it, so I can show it to my American poet friends. That’s how it usually starts. Poetry from small languages is very rarely known internationally, and this struck me as an awful injustice, since these poets you mention are world class So, yes, that was also a part of it.

3:AM: So many of those poets are so different – Popa and Lalic for example, two giants in the modern Balkan tradition, one returning the language of disjunction and dream to the roots of folk, the other supine and effortlessly lofty. In part, have you exercised a personal taste, albeit a wide taste, in choosing those you have translated?

CS: I like very different kinds of poems, always have. Popa came out of French Surrealism and Lalic out of Baudelaire, Rilke and Holderlin, so translating them I deepened my understanding of these poets too who were their sources. Plus, I knew them both very well and learned even more from conversations with them about poetry. I think they were both, as different as they were as poets, an influence on me when I was young.

3:AM: Often people speak of your place as a bridge between traditions in Europe and the US, but perhaps offers a generalisation too far. Certainly it seems true that you have navigated away from debates about traditional / avant-garde and followed what it is your own voice in poetry. Though you might not conceive it as a deliberate act, do you think you have become a link between continents as well as poetic methodologies?

CS: This is something I never think about. When I’m writing, I’m as oblivious as a dog digging a hole in the ground with his paws. There may be a bone there or nothing at all, but while I’m doing it… that is all I know. After decades of reading and listening to debates about tradition versus avant-garde, I’m frankly bored. Good poetry has been written in all sorts of ways since the days of Rimbaud as everyone ought to admit. If someone can get away today by writing poems that sound like Byron or Emily Dickinson, poems that one can’t stop reading, let’s not worry about what the disciples of Gertrude Stein will say.

3:AM: I’d like to discuss your thoughts on contemporary Serbian poetry and whether it is something bound within a dualism of the old / traditional and new / innovative?

CS: Yes, it is. Younger poets have a pretty good idea what is being written in Europe and United States.
That dualism is not inevitable, it is healthy. Mixture of traditions is what one discovers wherever
poetry is strong.

3:AM: And is this true of Balkan poetry in general? It does seem there are figures emerging past the millennium who resemble wholly unique talents as poets, who are inclusion, pan-European, emboldened by the repeated political errors (if not horrors) of their youth.

CS: I can’t speak of Balkan poetry in general, but I suspect that you are right. A the same time, a number of people have noticed that since everybody reads everybody else, the once distinct national poetries have grown more alike, except, of course, for those unique voices you mention.

3:AM: My feeling is that if your poetry stands for anything it is an advocation of groundedness, of humour or a readiness of humble irony as a profound measure of expression, that there is an almost ethical edge to your work in its insistence poetry is not a religion of expression or a source of metaphysical meaning. How far do you think this may be true?

CS: A poem for me has to be grounded in reality, even a poem in which the imagination runs wild and the world appears upside-down as if seen between one’s legs. However, I wouldn’t exclude attempts at metaphysical meaning, in fact, I wouldn’t exclude anything that exists or that pops into someone’s head. As for “religion of expression,” that always gave me a good laugh. The poet sitting in front of an altar bent over a blank page lying on a table, every time he writes something the congregation breaks into prayer thanking God he gave us a genius like him. Not for me. 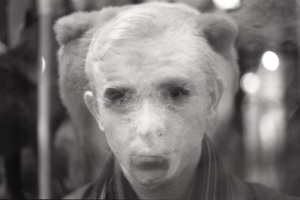 ABOUT THE INTERVIEWER
SJ Fowler is the author of three poetry collections, Red Museum (Knives Forks and Spoons Press 2011), Fights (Veer books 2011) and Minimum Security Prison Dentistry (AAA 2011). He has received commissions from the Tate Online, the Southbank centre, the London Sinfonietta and Mercy and he is the UK poetry editor of Lyrikline and 3:AM. He is a full time employee of the British Museum and a Phd student at the Contemporary Poetics Research Centre, University of London.