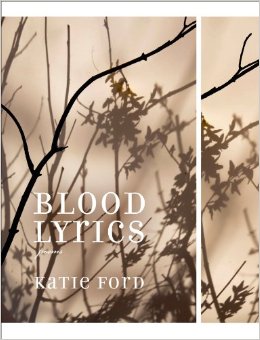 My first reading of Deposition was compelled and intrigued and gripped by so many images and so many turns of argument and surprises of voice. What I loved was the seriousness with which she deposes; her poems seem to always be encountering trauma, and there is a rare bravery to be found as she refuses to approach the easy turn to illuminate an argument’s facet.  She encounters, she surprises, she reveals but from another body than that which I thought we were examining.  Heart-breaking is the word for it. Staggering and gorgeous, her poems carry the glint of only real things and of real wounds. Reading the poems in this book is to say to yourself, I did not know I could feel that, too. And a theology is subservient to a narrative which is subservient to emotional realities—that theology, which weaves itself through the book but from below, does not beat over the head or thump here or there, or anywhere; it is a raw but intricate understanding, like the skeletal structure of the hands that part the wheat and posture the bird and touch the skin—of the skull that asks the questions of the text, of the woman, of the faces, of the sky, of the sun, and of the loom. The book enacts a deposition of that which is felt; that which is supernatural, divine. There is a hidden, spiritual realm—still personal to the poet and her speakers—that is brought down and given to the earth, and this impossible process encounters one-thousand gut-wrenching traumas.  Put plainly, she writes as if “mental properties were physical properties.” But also spiritual and divine—but this is a bit of what is conversely disinterred by her underpinning theological narrative: the spirit made flesh. In terms of human drama, this is defeat, and the pain that cannot find sense—Ford proves—can find beautiful language.

In Colosseum, Katie Ford exhumes the dislocations of the human heart—the human experience in the time of storms—and in the stead of breakage builds bridges out of mayfly dust and the falling of snow and the wilting of belief; among the wreckage, she mines the myriad dislocations of history and of the heart, and lifts her lyrics up to them—a reaching that binds to unexpected truths, and yet rides them down to meet rising waters.  The poems are much like Ford’s gulls in “Beirut,” which are “fierceness made flesh,” dealing convictions—“so too, our songs will have to be plagues”—but also embodying the empty grave, enacting haunt that will frighten and sober us; even break us, as these are necessary conditions for us to see through her eyes.

We may read Katie Ford’s Blood Lyrics, in the way that we may live for a while beside a master poet, and join in her pangs and violet epiphanies. There is transport to be found in her book—in the sheer tremendousness of her images, and the leaping power of her metaphors, often leaping simultaneously into mystery while rendering certainties—but her voice, here, is the anchor, rising and sinking like a dirge, and we feel at the reading end of its poems that we have become close, indeed heartbreakingly near to a rare spirit.

Katie Ford weaves intricate tensions into her poems in Blood Lyrics. She introduces us in the beginning to the dramatic situation of the book, a prematurely born baby girl, whose survival is not assured, and whose mother says, “bleed me in the old, slow ways, / but do not take my child.” Ford hits home this last line of iambs by offsetting it with the previous line’s repeated stresses (“old, slow ways”) and after setting up the iambic expectation with the lines previous to this: “I know in wishing not to bluff / so lay me on a threshing floor.” So the return to iambic meter in the last line is a rhythmic satisfaction, creating tension with the altogether dissatisfied pathos of the voicing: “But do not take my child.” To render the bittersweet so subtly is both a gift and hard-fought mark of craft, and as the title of the poem (“A Spell”) suggests, she is binding her reader to her voice, and yet lifting the veil of all pretense. Her poetics suggest the notion that our human pretenses, dishonesties both subtle and of the smoke and mirrors variety, cannot be stripped down without a little magic.

Ford weaves tension across the narrative of her book: given the initial dramatic situation of the premature child, poems such as “Still Life,” well into the second section of the book, carry deeper resonances. She writes, “Down by the pond, addicts sleep on rocky grass,” and several lines later, “the moon lights them out of tawny silhouettes into the rarest / of amphibious flowers I once heard called striders, / between, but needing, two worlds.” This image does many things, among them staggering us with its beauty, but it refers to the premature infant, somehow still in its previous world as it inhabits so problematically our own. There is birth in the image, and in the context of the book’s narrative it is not a sentimental projection onto suffering figures, posed and colored just so for just a moment by the romantic moonlight, because in the context of the book birth is a brutal thing. And these striders aren’t simple metaphors; they pass along, diaphoric, with the human condition and the earnest speaker, whose contemplation of the divine, yearning for certainty in two worlds at once, also roots itself in her poems. She asks, “Of what can you accuse them now, / beauty?” as if casting disdain at the divine world’s reservation of human judgment, and clamoring for absolution all at once.

If we read Katie Ford, we assent to the pangs of our brutal and “wild ongoings / of bone.” We read the color violet as the color of noble despair, and we see a master poet break any barriers of pretense yet lingering in the best of American poetics. We are with her as she scalds and indicts beauty, but praises “the human, / gutted and rising.” An ironic sensibility, even, serves to illumine loss and war—the language of mathematics submerging us in mystery as the speaker says of her child: “I count her more dearly / than any genesis night.” And she leaves us with the prophetic observation—acknowledging her biases from the Nursery room window—that “still the war widens, wide as a prehistoric mouth, / wide as desperate slander,” converging our sense of birth as an act of widening, the wars and “the war” and the moreness of what is to be learned about suffering, the heightening of our sense of ourselves and our strange lives. Ford ultimately charges us to at least wrestle with gratitude, however, with her final, self-reflecting stanza:

If you wish, call me what the postpartum have long been called:
tired mother, overprotective bear,
open sore,
a body made sensitive
to the scent of fire or fume,
just as your mother would have been
when you were born, you who are alive
to read this now.