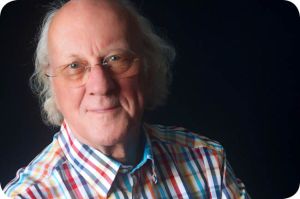 Smoker’s black exhales saturate sea’s abyss:
in nightmares,
whose chromosomes,
are carved with human instinct
of secrets, secrets:
what makes us–
us?
the love of bodies, of freckles, of imperfections, of us,
the song now soothes–who? wild souls?–us.

Swallowing the space between thumb and index:

Swallowing the space between thumb and index:
the paper loaded with my childhood, with hieroglyphs,
staring
in the face, the flesh of ancestors,
in which worms etch words, forbidden

the questions I mask, hidden in the faces
of men, of women are questions
sacrificed
why are you hungry, gods?
I breathe blasphemies,
ripped from the cracked corners of their lips.

For someone who is fluent in, and has the culture of two languages, both English and French, how do you feel the knowledge of another tongue expands your experience of language, poetics, and your relationship to words?

A first experience of using two languages is confusion.
Words of similar construction (of like origin?) and holding different meanings, we use indiscriminately in the other language.
On the other hand, awareness of this misuse invites us to have a better knowledge of the word and its nuances in both languages.
In writing poetry – I write in French – at times the English expression will first come to mind when searching for the proper word. There is then a dialogue between both languages to build the desired meaning into the word or words.
My relationship to words is one of dialogue. I “listen” to the word by searching its meaning, its historical evolution and in turn the word questions me on the emotion, the thought, the image I want to express. Thus, in refining the word I am challenged in experiencing more profoundly that which I want to express.

If you were to write the poems from “If I Were Born in Prague” sequence in English – what would it be like? What is it like for you to write in English as opposed to your mother tongue? What might the limits be? Could there be any new discoveries within such limits?

Occasionally, I write the first draft in English and often I am unable to bring it into French. It is as if the subject matter of the poem is embedded in an English context or the context brings me to write in English. Such as, reacting to the euphemistic American expression “ward for the memory enhanced” or improvising a poem during a session with an English-speaking photographer.
The problem is that I have not learned to craft poetry in English. I do not have the same intimate relationship as with French.
At the same time, I discover my roots in the anglophone culture through my early years in New Brunswick and the numerous relationships I have entertained, and still entertain, with American friends.
And this of course does influence my writing.

In “Mourning Ploughs the Winter” the repetition “if I were born in…” becomes hypnotic for the reader. You were born in North America but the poem opens on the hypothetical idea, repeated over and over, of being born elsewhere. What is your feeling of connection to France? and other French speaking countries? How does it contrast with your Acadian heritage?

The intention within these poems is to look at and feel some of the places I have visited beyond the superficial post card and clichés and beyond the familiarity of the inhabitants. (I like this word “inhabitant”, to live within, which also limits the view from outside).
Of course I have a strong connection with French-speaking countries such as France and Belgium because I can more easily access their culture from which my own Acadian culture largely takes its roots.
In this discussion, it is difficult to avoid gross generalities. I will throw in some opinions, to be taken as such.
The difficult struggle for basic survival which marks Acadian history has had evident consequences on its cultural development.
I personally experience this in the limitations of my vocabulary and the lack of easiness in orally articulating my thinking as compared to Europeans. On the other hand, I believe that my viewpoint is enriched by the North American context and the freedom we take with Tradition. This is how I perceive the contrast in my own experience.

In your work you make ample and masterful use of white space, what is your view on the relationship with space in your writing?

I use space in my writing to bring attention to a word or an expression / to mark the rhythm of the verse / to impose a moment of silence / to indicate meta-language such as a comment on my writing or the subject at hand. A bit like a gloss in ancient manuscripts.
I do not play with space for purely visual effects.

As a reader, I enjoy your ability to use seemingly simple language to convey meaning that is profound – “I’d be a cathedral of stained glass,” you write, “I would offer my stolen light to the sun.” How do poems most often arise for you? Is it the sound/music that gives them their start, or do your poems begin with an image or idea?

Many of my poems were written within a thematic project such as violence, love relationships, etc. In such circumstances, the theme is foremost. My poems arise from reflection on the theme, notes from a chosen bibliography or personal notes gathered through the years.
Other poems arise from an emotion as I am listening to music or contemplating Nature. I also gather and contemplate images that nourish my imaginary. I practice “morning poems” which start and deal with whatever comes up first in early morning.
Sound and music are part of the act of writing for me. Words are chosen for their sound and the beat they bring to the verse.

“Dance in the street. Till you lose your North…With flowers in each arm. Jump over the hole in your head” I love how your work seems to transition from these quiet meditations to the notion of violence that calls the reader to sort of jolt to awareness. What is your process of composition? And: what was the process in deciding how to order the poems so that they would have the most power?

In composing a poem, I often strive to point at the different (and sometimes contradictory) dimensions of human behaviour and existence. I believe that the act of poetry is one of nuances.
Ordering poems into a manuscript bears much anxiety for me. This step in preparing a collection I experience as the most difficult. I dread the trap of complacency. It is easy to cheat at this stage by including in the manuscript a badly written poem that fits in the sequence or a well-written poem that doesn’t fit. And worst, after all the care, the publisher saves paper and blurs the divisions…