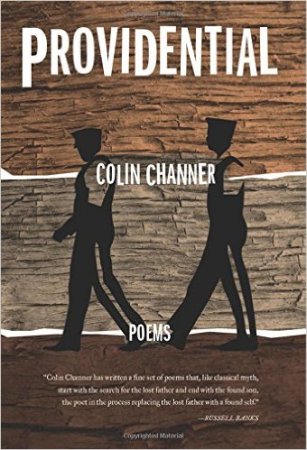 In his debut collection of poetry, Colin Channer details the Jamaican Constable, exploring the history, the power imbalance, and the violence of his native island’s policeforce. But Providential is more than just an examination of crooked cops, it’s a story of history and class, a question of family and fatherhood, of the memory of the clans we are born into, what it means to choose to stay or leave.

The majority of Channer’s book deals with the history and nature of the Jamaican police force. The opening poem, “Revolutionary to Rass”, lays out the simple truth: “We don’t have police here–we have rangers./Employed by the landful against the landless./Paid to shoot to kill.” Although the poems skip throughout time to flesh out the character of the constable, (“First Recruits” tells of the creation of the colonial police force during the Morant Bay Rebellion of 1865. “Civil Service” covers his grandfather’s joining the force in the 1930’s. “Occupation” relates the rise of Reggae and reaction against it in the 1960’s.) what remains constant throughout is the brutality of the Jamaican police man. Violence is everywhere in the poems, from bullets that tear flesh “like crepe paper,/bones like bamboo frame” to the boy left “broken on the hot piazza/khaki shirt and pants glassy/from the starch pressed in at home.” The culmination of this idea is expressed in the poem “Tentative Definitions”, short stanzas written in a Jamaican patois tell us about killing (“Is neither a art/nor a science, is a job.”), law (“Say it loud: ‘Laaaaa.’/The sound tell you/say it slack and stretchy./Hear the punch in ‘Shot.’/Clean.”), and death (“From you join/the force is on your marks./You must be set to go.”) The violent, brutal Jamaican cop is neither corrupt nor out of the normal, this oppression and ruthlessness is completely normal place, it’s part of the job description.

But Channer’s collection isn’t just about the Jamaican policeman. Though the book is filled with moving and haunting poems about these men, some told in their own voices, it is also dotted with pieces looking at Channer’s own father, his days on and after the force, how it affected his family, the inheritance of distance and violence left to Channer, and what exactly fatherhood means. Perhaps the most affecting poems in the collection are not those focusing on the police-force, or on Channer’s father, but on Channer as a father himself. The book has several longer form pieces, that peak up from the chorus of violence much like Jamaica pushing out of the sea itself. Largely, these poems deal with Channer looking back at his childhood from his new home of New England, and wondering how to raise his own son with an awareness while being so removed from such an environment. There is an attempt to bridge the gap of his own lost father by being a better one for his own son, evident in the stanzas of the collection’s penultimate poem, “Knowing We’ll Be Mostly Wrong”:

It’s the last day of the term.

I am up before him as always,

and not because I am good,

but because he needs direction,

coaching step by step into the sweet how

of simple things, like getting up and getting dressed,

the small bits of habit that if multiplied

can bring him bounty.

The poem sets up contrasts between Channer, his son, and his father, showing us the relationship between two sets of fathers and sons, and the differences between both a grandfather and grandson that never met and the worlds that shape them. Ultimately, there’s not as much difference as one might think, parenthood is essentially law enforcement, setting guides, trying to protect and serve, hoping to steer those under our guidance to make the right choices, walk steadily. It’s a difficult, often losing proposition, as Channer writes, “We begin to fail the second we invest in the speck/that makes the children. We do right,/knowing we’ll be mostly wrong.”