Letters from Syria: Modernism in the Days of Civil War

Modernism in the Days of Civil War by Saleh Razzouk

In conversation and with consent from the author, this letter has been edited by Jahleh Ghanbari.

Aleppo was once a city of modernity.

It was rebuilt during the French Mandate of Syria, 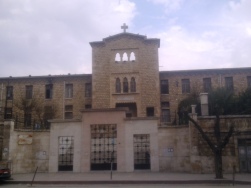 between 1921-1946. The influences of the French can still be felt to this day and the traces of French architecture are everywhere, despite the ruin. Moreover, when a writer’s union branch had been founded, two francophone writers assumed head positions: Mr. George Salem and Mr. Walid Ikhlasi. The union’s offices are still present, but how they look now has completely changed. To understand what has been lost in our contemporary times, it is worth examining the lives and works of these two literary men. At a time when the city around me is destroyed by war, I would like to honor its writers and literary history.

The executive director of the writer’s union, Mr. 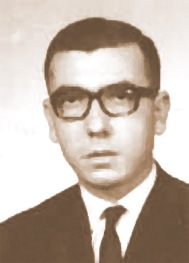 George Salem, was a short story writer and translator.
Most of his translation work was focused on Mohammed Dib, the Algerian novelist who writes in French, and M. R. Alberice, the literary critic and the author of Trends of the Modern Novel.

Mr. Salem attempted one novel himself, In Exile, a tragic account of a school teacher who decides to take up work in the countryside. Eventually, he finds himself accused of first degree murder in cold blood. The judge sentences him to death, but while in prison, before his scheduled hanging, the ceiling is torn open and a shaft of light absorbs him.

All characters that Mr. Salem writes maintain a sense of bewilderment. He portrays average men in ambiguous struggle, usually in some insignificant location. They are always ignorant, not certain of their guilt, but share feelings of the anonymous power they encounter.

Notions of Christian guilt and sacrificial attitudes overwhelm Mr. Salem’s personal writing. Every time I read his four collections of short stories, I’m reminded of Kafka. Like Kafka, his characters are represented by initials, not full names. His only protagonist is named “s”. He never escapes his ill fate, and finds comfort only in death. Both writers seem to develop dead ends in both their personal lives and their writings. In this way, it seems that Mr. Salem was under the spell of his Jewish counterpart, Franz Kafka.

Mr. Salem served in the socialist union of writers, where he carried out his short life in an atmosphere of routine with little social relations, if any. He was an existentialist through and through. He dressed in black and kept his office dark. In daylight, he would keep the curtains closed. And when he reached 41, he had a stroke and died. It was a sudden and peaceful ending, like many of his characters. 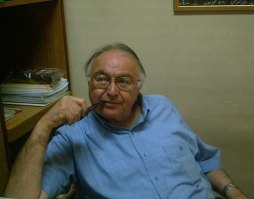 He is a Muslim of Turkish origin, born in İskenderun, and came with his family to settle in Aleppo as early as the 1910s.

He assumed the treasury office in the union. He is widely translated into English and French, but began his career in Beirut with a collection of stories he chose to call The Mud.

It was an uncomplicated and direct title, but the book itself is anything but simplistic. The stories lack definite shape and there are no major characters. The dialogue is monologic. All characters are anonymous humans being accused of a hideous crime.

After this alarming collection, he produced more than 54 books of stories (short and long), novels (compact and avant-garde), plays (among them monodramas), and a collection of speeches and essays.

He was a prolific writer of multilayered structures.

In every book he wrote, Mr. Ikhlasi was shedding a light on a painful experience in a mostly analytical, non-descriptive way. In his novel, Sandalwood Flower, he wrote a symbolic account of the city. He looked at old Aleppo as a symbol of renewal. The city was old enough to sink down into the mud he renounced in his first book, but, like the flower of the sandalwood, remained alive – crimson and ripe.

He often writes about notions, not events, and his short story, “Oh, Tree, Oh, Tree”, in my opinion, is a scandalous illumination of our physical existence. He personalized Aleppo and looked at it with incremental emotion. In other words, he has never seen in it as a place, but an inner or temporal world that unfolds gradually.

It would be fair to say that he combines the place with our awareness of it.

Also, he is, as Derek Hopwood put it, engaged with questions of oppression, domination and power. In fact, Hopwood argues, Mr. Ikhlasi took refuge in symbolism, allegory, surrealism and even the absurd, leaving to the reader the hard task of interpretation (p. 140, Syria, politics and society. Rutledge).

Mr. Ikhlasi was a lecturer at the agriculture faculty and later on a director of the cotton exchange of Syria, besides his position at the union. I paid him a final visit in his villa in the New Aleppo neighborhood in 2009, as I remember. He was ill, complaining of a deterioration of services. He told me that his elder son was under arrest (on some ridiculous charges).

In no time his son was released, but soon vanished. Upon asking, I learned that he traveled to Somalia.

Is that true? His son never missed an occasion in Vienna, Paris or Rome. One of his books was published by the University of Texas. No one was ready to believe or imagine this fall into the abyss. Or, as Khalil Sweileh wrote in Al Akhbar, a Lebanese daily: he right now enjoys the sunshine on a Somali coast, watching the pirates storming a new ship in the international water.

I cannot trust my senses on what I see or hear. The branch of the union is now occupied by the refugees. The door is shut. The literary services are over. No lights glow in the evening, anymore. It is like a ghost town.

I bet on the shelves of the library, you will find a copy of the The House of Spirits by Isabel Allende, a novel designed for this city. Every corner in it expects evil.

But the black comedy is still to come.

The office of Mr. Salem, the profound voice of lost souls in the inner wilderness, has been converted to make a home for a typist who fled ISIS, leaving his own village, while the office of Mr. Ikhlasi (who had once been given the Badge of the President for his distinguished services in literature) has been made a kitchen where this family cooks meager meals to keep alive.

From the outside, the building still looks like a home for writers’ activities, but from within you can follow the drama of civil war, where life is solely abstracted and amplified . . . to cope with the philosophy of self destruction.