Letter from Beijing 3: How would Li Bai Write Today? 北京来信3：李白活在今天会怎样写诗？

LETTER FROM BEIJING 3: HOW WOULD LI BAI WRITE TODAY? 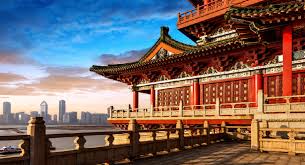 the sea. Let them see

the sea and the antique fish.

See the light too,

a lamp held high on the hill.

Light up a lamp in the streams so they can see

the live fish. Let them see

the fish and the silent sea.

See the sunset as well,

a firebird flying up from the trees.

Light up all the lamps. When I block the north wind

with my hands and stand between two canyons,

I think they will all gather around me

and see I speak a language 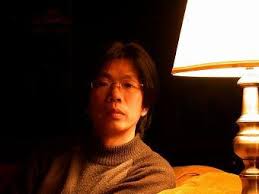 Chen Dongdong 陈东东, born in Shanghai in 1961, was one of the “Third Generation” in China that rose in the 1980s trying to bypass the Misty poets such as Bei Dao. They were not interested in the political lyricism that prevailed in the misty poetry as well as in the mainstream poetry, nor did they care about the dominant realistic aesthetics. Zhang Zao, Bai Hua and Chen Dongong are known today for their experiment in the 1980s when they were trying to revive the classical language. They were in the New Poetry (free verse) camp but they favored the subtleties of Chinese and the classical tone as against the plain spoken language. In the 1990s Chen Dongdong was one the “intellectual writing” poets along with Xi Chuan and Ouyang Jianghe. He currently lives in the suburb of Shenzhen, south China.

Plum flowers fall whenever a regret awakes—
as in watching her swim to the other shore
or climb a pinewood ladder.
Dangerous things are beautiful;
it’s better to see that she returns on a horseback,
her face warm,
abashed, her head lowered, speaking back to the Emperor.
A mirror awaits her, as always,
allowing her to sit inside it, in her usual place,
and gaze out the window—regrets awaken all the plum flowers
as they fall, like egrets, over the South Hills. 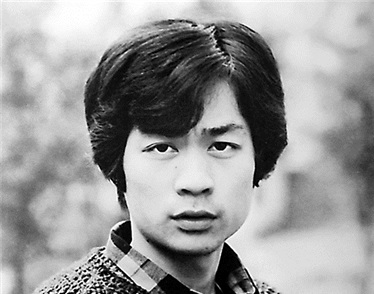 Zhang Zao 张枣 (1962-2010), born in Hunan, established his name as a poet while a student in Sichuan. He went to Germany in 1986 and became the poetry editor of Bei Dao’s Jintian journal in the 1990s. He spent his last five years teaching in China and died of lung cancer in Germany. “Plum (梅)” in this poem is a typical ancient image and it resembles “Regret (悔) in shape and in sound. I added “like egrets” to demonstrate how one thing resonates with another in the poem. What general readers find interesting is the “Emperor”, something that has disappeared since the last dynasty in China ended in 1911.

(the above transliteration imitates the original shape) 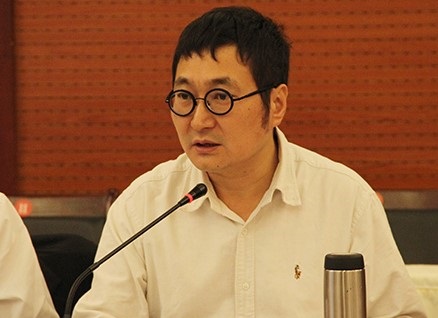 Li Sen 李森 was born in Yunnan in 1966 and has lived there all his life, currently teaching at Yunnan University.  He has quietly produced several volumes of poetry and essays in the remote southwest China. “Orange in wilderness” appears to be in the simple short-lined form of “Shi Jing” style (Book of Songs, 11th to 7th century BCE) but also echoes the seven syllable quatrains in the Tang Dynasty, only that it’s fragmented as “XXXX / XXX.”  I use “orange” instead of “tangerine” in the translation because the o in orange is a sun in itself and sets the time of day. The orange and its shadow form a new yin yang, yellow orange and gray orange, the first day of orange-kind like the first day of humankind.

First the color fades away

Then the flower on her lips extracted

into a simple smile of abstract lines

She reaches out to hold the quicksand of hours

on the ropes of her own thinking 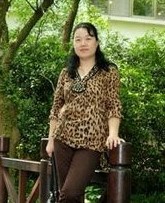 Ni Zhijuan倪志娟 was born in Hubei in 1970, currently teaches in Zhejiang. Most of her poems in her new book, Hunting (2016), are short pieces resembling the classical poems in tone and spirit. The book opens with the poem “Swing”. Swing is an ancient form of recreational sports, “imported” to China in the 7th century BCE but it’s also very common nowadays, a symbol of free movement. Time flows away quickly, the only thing you can hold on is your own hand and your own thoughts. It echoes the ancient wisdom but in contemporary vocabulary. It’s almost an eight-line double quatrain, the popular classical form, but she ends at the 7th line making it sound new.

BOOK OF THE SADNESS

Sadness moves slowly as if on a horseback

We can’t fall asleep at the white night,

so we talk about colors of love—

mischievous swallows flying around us.

Be honest. And be even more honest at work.

Yes, the ocean is big, and lonely.

The earth will remember you and every particle of you.

Your thinning hand waves to the morning dew,

wishing the book will live one year longer than yourself.

Are the white foams the ever-green gratitude of a flying bird?

The discourse is mingled with loud waves. 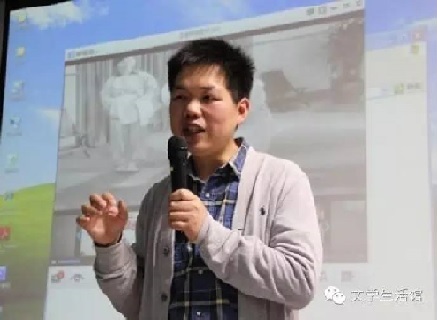 Chen Jun 陈均 (b1974) teaches Kun Opera (from the 16th-18th century) at Beijing University and is known for his “Post-Qing Dynasty” style in poetry (the period referring to 1911-1949) but when I look closely at his poems, I find them going much further into the antique mode of imagination and sensibilities, possibly a continuation of what the Third Generation was doing. “Book of Sadness” is a poem of mourning with the modern long lines but sounds extremely classical, nevertheless it’s not a rewrite of ancient poetry. It’s a blending of the classical “horseback”, “rainy clouds”, “thinning hand”, and “morning dew” with contemporary discourse, “we talk about colors of love.” It’s a hybrid of ancient and current. New Poetry (free verse) as started by Hu Shi in 1917 has been the predominant form of the avant garde poetry in China but many people have attempted to revive the ancient poetry by using classical elements in the “free” form as a distinction from those who simply practice the formal rhymed and metered quatrains.

He lies down with clothes on, accidentally catching thorns

and blossoms, young branches hanging down from Leo

as if injecting gravity into the body of a reed. A floating

cactus, in soap bubbles, gets rid of its needles unconsciously

while the bath towel finds no worries in its four horns,

pecks at the nuclear power from the enduring ripples

of the hydropower plant: one circle a year, planting lotus

like practicing a cyclical theory. The valley’s mouth resembles

a white undergarment on a branch, the black iron gate outputs

You either shower your top like winning a top lottery

or tailor to your body’s six corners and win a Mark Six.

A lightning rod hides in a drinking bar. A sewing machine

sews pavilions, long and short, until a climbing ivy

all moralities and authorities.

Oh a passage? A kitchen with floating breasts. Clouds.

yin and yang. On the plate a bridge stands up.

Beautiful? Like a pier? A lawn mower licks the sewer,

a fence built in nowhere of its bee slim waist.

You love food, love its lusty colors, its ingredients as integrities.

On the cherry cheerful terrace a straw draws water

from a dried out tree, inviting the red thread girl to light up

the ghost lamp when a Buddhist jumps over the wall.

Gingers, leeks and garlics look like him and you and me, a floor of

chicken feathers. Bowls and dishes and plates, spouses of replications.

Ah the recipes possess a gluttonous order like demons.

and stylish. All those wrinkled skins have retained

stormy rains. In the telescope is an upside down mirage

where a drawing hand is stirring ink in the coffee. 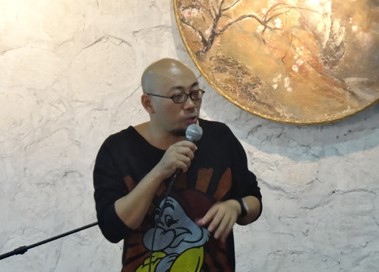 Jiang Hao 蒋浩 (b1971), born in Sichuan, currently lives in the South Sea Island of China after wandering around for many years. He wrote a sequence of poems from 2006 to 2014 with the same titles that ancient poets such as Li Bai used. “Xian” has multiple meanings in Chinese: fairies, wonderland, and immortals. Li Bai (701–762) wandered around in the wonderland to avoid and satirize the reality of his time (Tang Dynasty). So does Jiang Hao today. The form Jiang Hao has created is fourteen lines in the Upper part and fourteen lines again in the Lower part. A division of Upper and Lower used to be popular in the Song Dynasty. Observation first, then philosophical thinking and free association. Jiang Hao has made most of his upper parts metaphysical, and most of his lower parts physical (upper as in the brain and lower as in the lower body) with some random exceptions. The fourteen lines are not sonnets but in his home-made structure of 5–5–4. In other words, he is making his “turning” point of the Song dynasty standard of “opening, responding, turning, and closing” at a different point, thus achieving a “freshness”. The abundant use of archaic vocabulary mixed with contemporary jargons and strange imagination makes his poems almost “new new classical”. Is this the New Chinese poetry of the 21st century that I have imagined? I ask myself. Is this poetry? I echo his question.